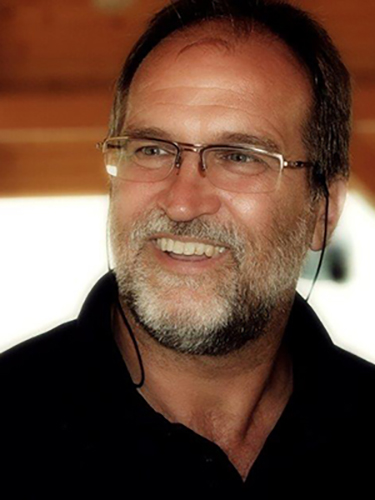 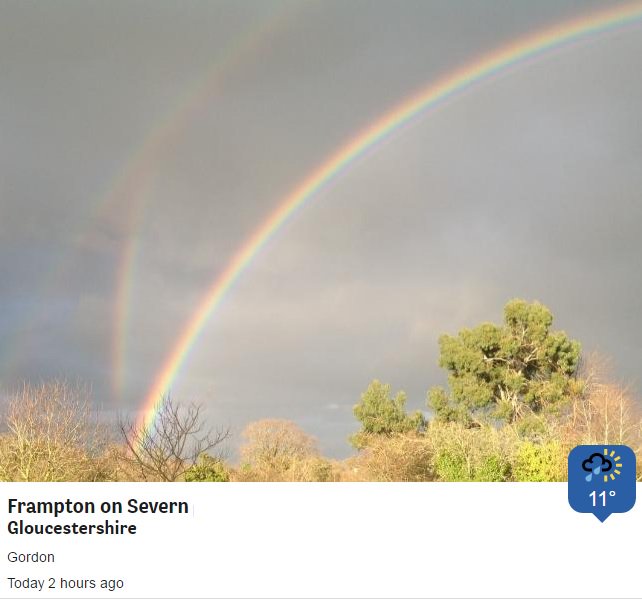 How are the three rainbows formed?

Double rainbows, which follow the same arc as each other, occur when sunlight is internally reflected as it passes through the raindrops. Effectively another arc of light emerges but the resulting secondary bow is less bold in its colouring and the colours are reversed. You can see this in Gordon's Weather Watcher picture.

So what of the third bow? This is known as a reflection bow. Whilst rare, a reflection rainbow mainly occurs when the sun is lower on the horizon behind you (i.e. late afternoon/evening) and when you are near to a large body of water, such as a river, lake or sea inlet.

Sunlight reflects off the surface of the water and through raindrops, but at a different angle to the direct beam of sunlight.

This secondary beam of sunlight causes the centre of the rainbow arc to be higher in the sky, roughly the same distance above the horizon as the centre of the original rainbow below. This is why, on Gordon's picture, our third bow is at a different angle and crosses over the other rainbows.
Vissza a tetejére 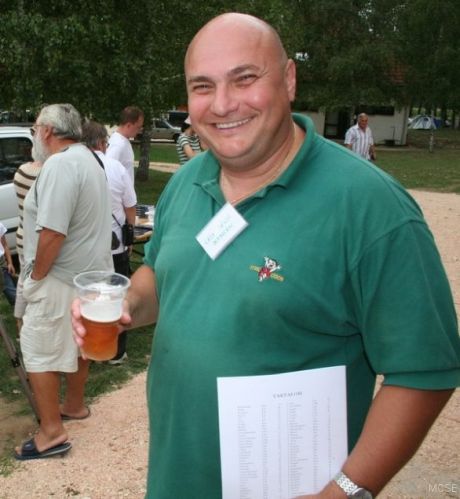